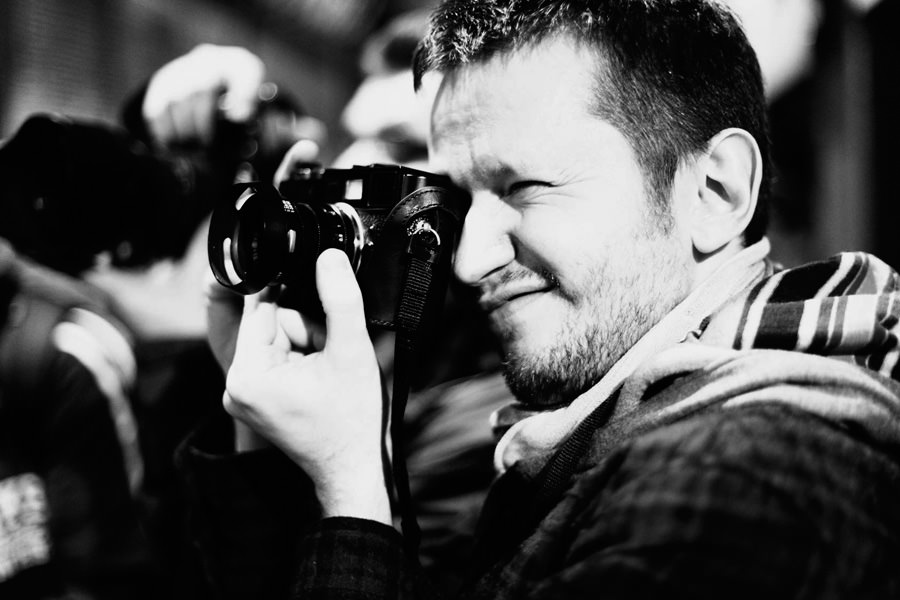 a photo by: Maceo Ruiz

Martin Rusinowski
born 1974
by profession and education graphic designer.
worked as designer and art director for several projects for Masterfoods, L’Oreal Poland.
after 10 year he switched to photography for magazines, fashion, then press photography and journalism.

Since 2006 he works as wedding documentary photojournalist

Martin Rusinowski was first president and founder of Polish Association of Wedding Photographers (PSFS) founded in 2009.

Martin is one of the best and well known Polish wedding photojournalists. He cooperates with 5czwartych, wedding studios leads by his wife Agnieszka. He shots weddings for football stars like Robert Lewandowski, Lucas Podolski and Polish celebrities as well as wedding across the Europe.

Martin is well known as award winning photojournalist in WPJA, AGWPJA, ISPWP and Fearless Photographers contests with more then 50 awards during his membership in period od 2008-2012.

Martin is passionate with his Leica cameras, what joined his cooperation with Leica Camera Poland.

He lead several workshops about marketing and building brand as well as photojournalistic. He is first Polish wedding photographer that done workshops for photographers abroad Poland.